When Brooke put on her dress you could see the feeling of joy set in as she took a deep breath and turned around to a room full of the closest women in her life. Brooke’s mother, who had passed away some time ago, was not physically present, but she was there in so many other ways. She was stitched to Brooke’s dress, her laugh sat in an image Brooke kept close to her while getting ready, and around the bouquet Brooke would walk down the isle with.  But when the door opened to Brooke’s father and brother, her parents’ love poured out of her father’s eyes…  We’ve never seen anyone look so proud, so happy, and so present.  This moment shaped us. 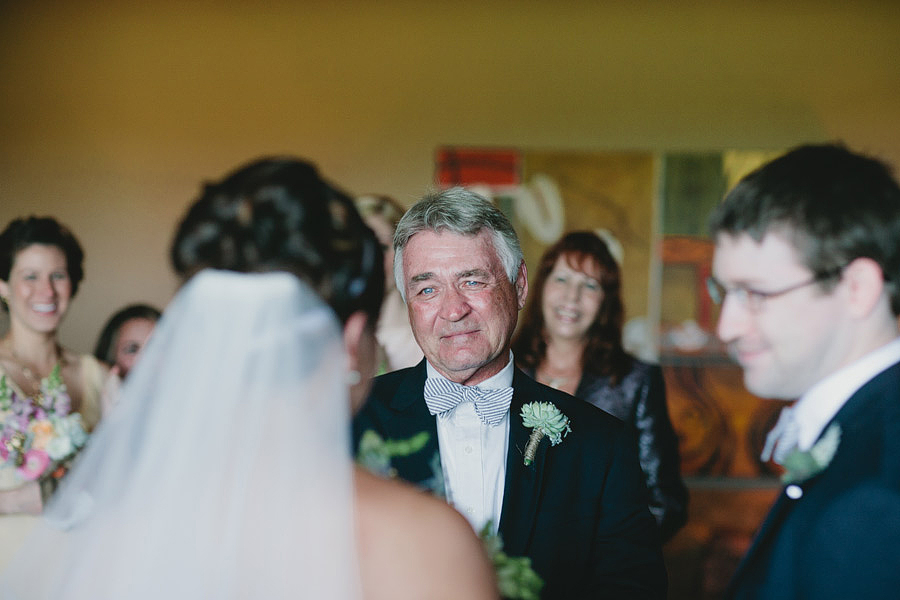 In February, we hopped on a plane and flew to Kansas City, MO, and experienced one of the most profound weekends of our year.  A weekend stuffed full of tears, laughter, food, french press, images and most importantly, the fruition of eight new friendships.  On the last day of Breadwinners, Ray, Kelly, Heidi, Kevin, Steve, Bernadette, Jen and I were walking out the front door to leave for home and all the joy….all the hope….all the smiles that encompassed that weekend were following us out the door in smiles of Jeremy and Ashley with the infamous sign that read, “Don’t Give Up”.  This moment shaped us. In the beginning of the year, Jen and I were house hunting, looking for a place we could call our own, looking for a place to begin our marriage, a place to house our dreams and ignite our future. Months were spent traveling from neighborhood to neighborhood scouring anything with a “FOR SALE” sign in the front yard.  We knew we were getting desperate.  We had given ourselves one last day with two house showings before calling it quits for a year.  The first house we arrived at had been given a contract the night prior and we walked away knowing in full confidence that God had shut the door to that house.  Then, we drove over to Thuss. And while waiting on the front porch for the current tenant to get out of the shower and open the door, Jen and I both looked at one another and said, “this is the house”…. we hadn’t even opened the door.  This moment shaped us. 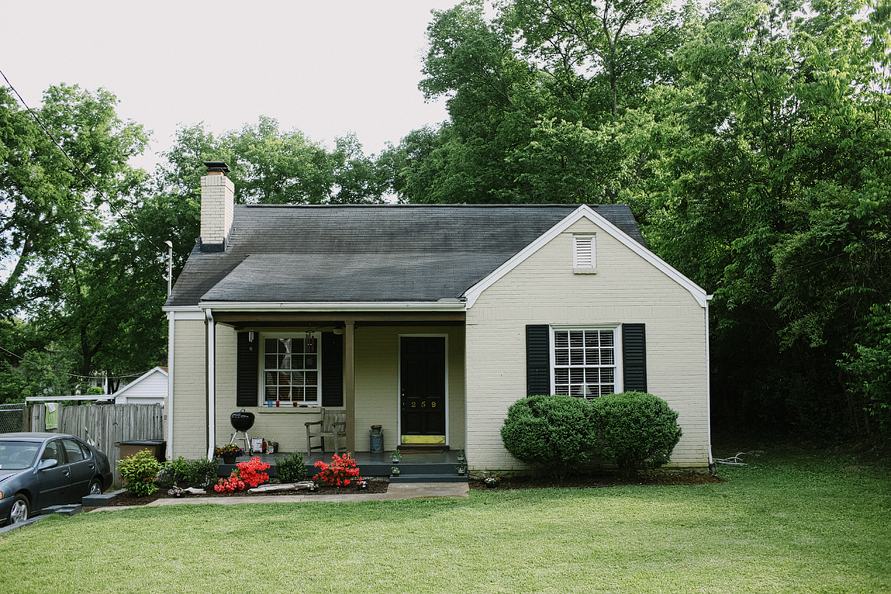 With the experiences of breadwinners and being new home owners on our hearts, we left for an adventure in Europe. You can read a lot more on the trip here and here, but in the middle of it all we took a train ride that we’ll never forget.  We had two hours between Switzerland and Italy and we were nearing the end of our trip.  As we shared memories and journaled them down so we wouldn’t forget we began to talk about quality.  How the people we met in Europe invested more time in not how much, but how good, and if anything were to be said about our year, it was that thought.  We wanted to spend a year investing in quality, in people, and time spent together.  So we journaled it, shook on it, and never looked back. This moment shaped us. 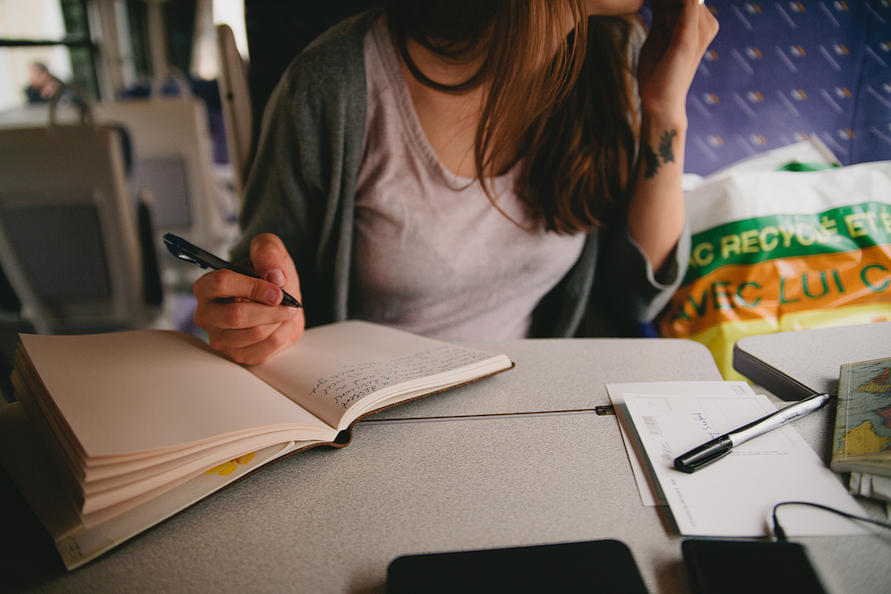 Justin came home from over seas for a few months and proposed to his then girlfriend, Stephanie, and a short time later, left to once again serve his country.  He retuned a month later and while here, we were able to take the two of them out to create some images celebrating their engagement.  I asked Justin, what the metal band around his wrist was for, and he explained that one of the soldiers he served with had a died in battle and that just prior to showing up for their session, he had attended the soldier’s memorial.  Astounded, we reached out in sympathy and Justin replied, “it’s ok…it’s what we do.” And at that moment, we realized just how important these images were.  We realized that Justin risks his life for not only his future wife, but for us too. And we watched him hug Stephanie, and grip her hand, and kiss her with intense passion. And this moment shaped us. 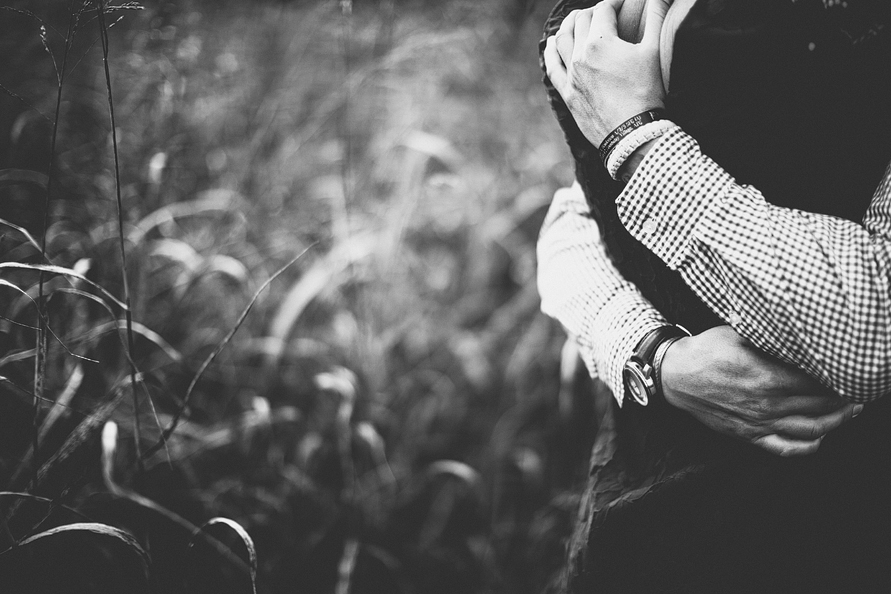 One time, Cody and Kayla closed their eyes, took a deep breath and kissed like no one was watching in the middle of downtown Chicago.  Cars flew by, people whistled and tried to jump in the photo, but Cody and Kayla kept kissing. And Kissing. And kissing.  And it reminded us that despite the noise, the people, and life pulling at us and yelling for our attention, closing our eyes and making out like young lovers will always be appropriate and necessary…. even in the middle of downtown Chicago. This moment shaped us.

Since we got married, Jen always talked about building tables for our home and backyard to feast with friends around.  In November, we we collected pallets upon pallets and crafted together two tables that spanned 12 feet long.  We gathered 13 friends together, none of which knew one another, put every phone in a wooden box away from the table, and shared what we were thankful for over food and bottles of wine.  This moment shaped us. 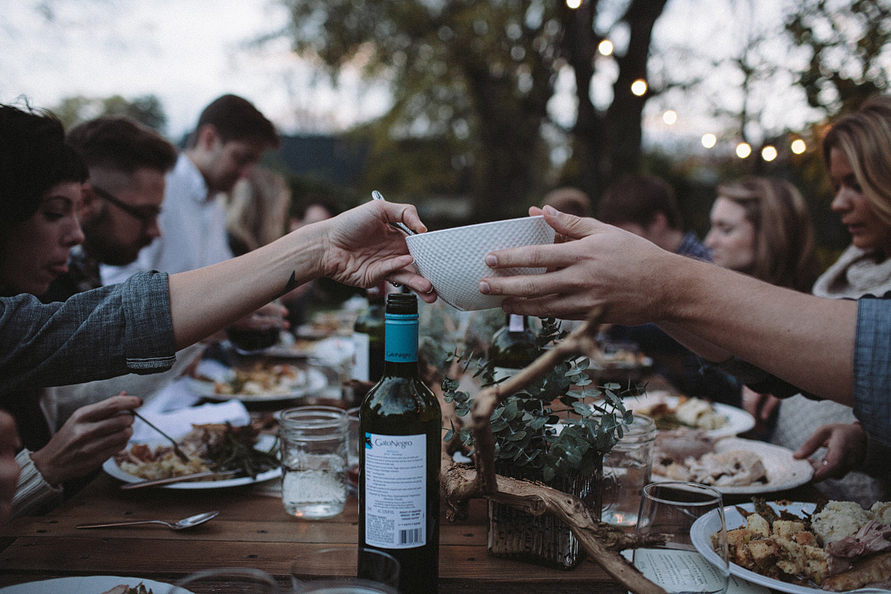 Without any expectation, Josh and Amber became two of our best friends this year.  Beginning with the birth of their second child Reuben, we continued to experience life with them.  In December, they celebrated eight years of marriage, and asked us to capture their celebration. There’s nothing like capturing images of those who are dear to your hearts. It’s special, intimate, and truly gives meaning to the friendship and trust you share with one another.  There were so many moments of that day that we took away, but the joy we feel in this image resembles the joy that stems in our friendship with Josh and Amber, and the many laughs we share together, is what shapes us. 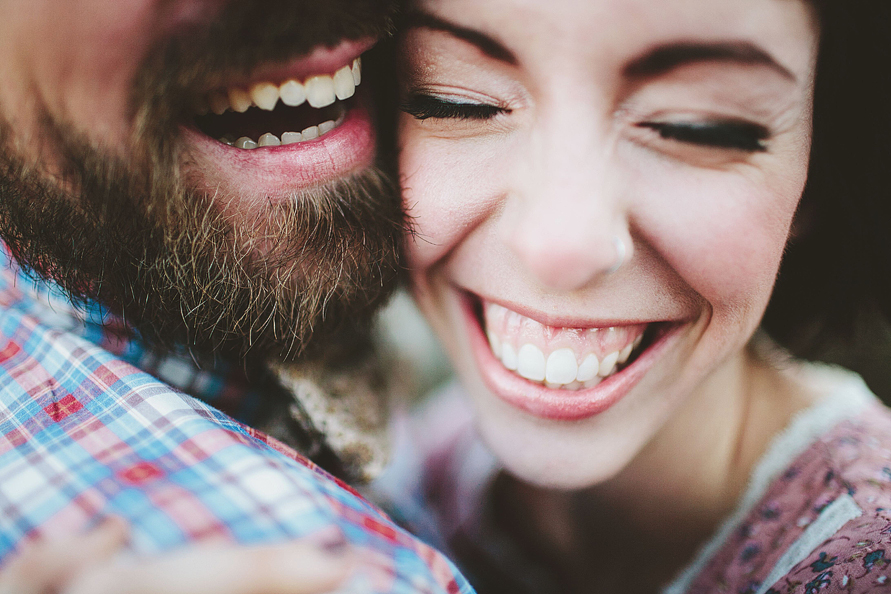 Back in February, we experience Twelve at the Table for the first time.  In fact, this image was the very first.  We’ve grown to love this family.  We’ve grown to love the endless moments of laughter between Marty and Evie, John’s endless wit, Angela’s amazing attention to detail, and the beautiful simplicity Joshua pours out of his drinks.  Watching this family serve our community has been such an inspiration for us, and when we think about moments in 2012, we remember this night, the smells, the quality, and the love in this image, and it’s shaped us. 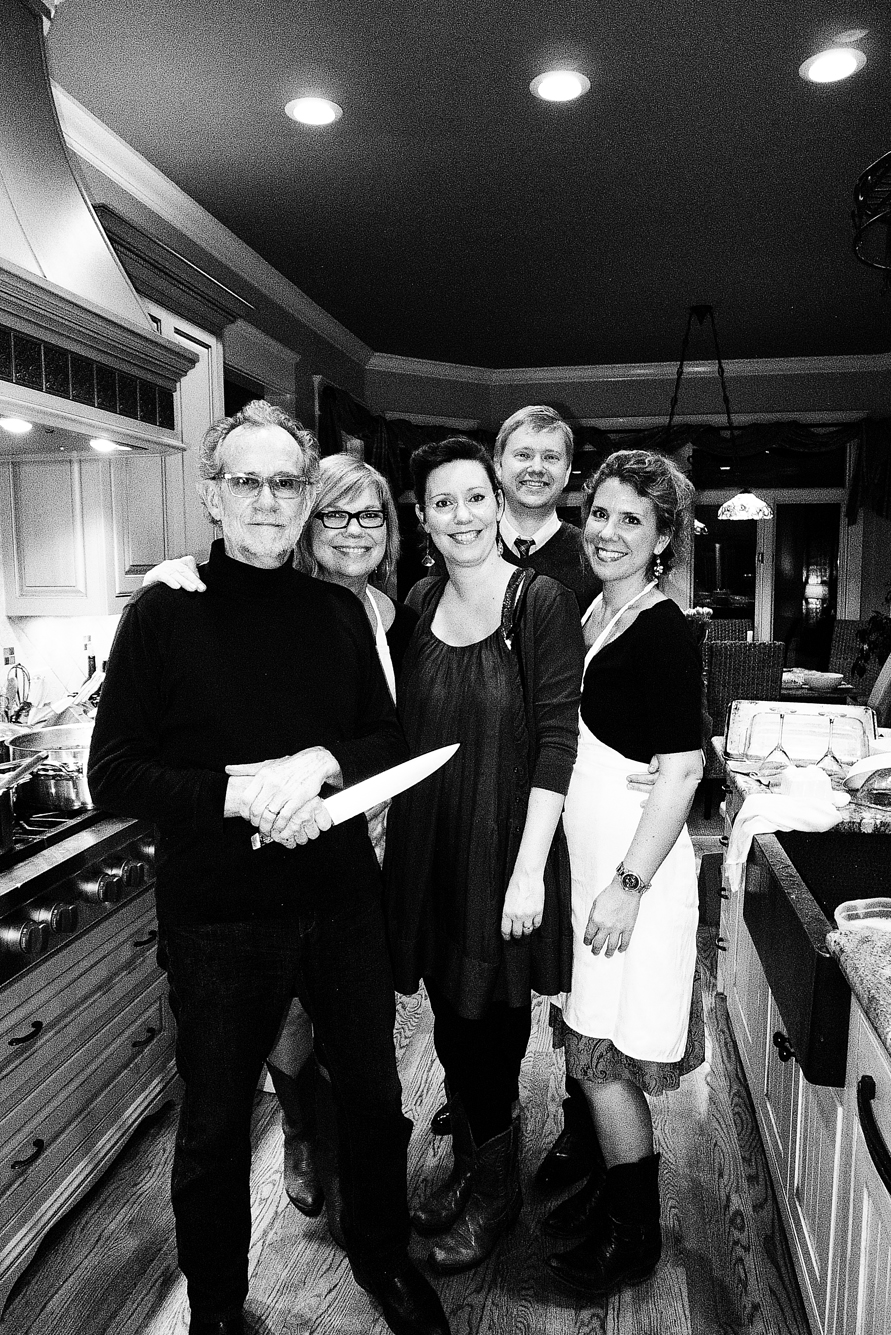 After their ceremony under the big oak tree, Meredith and Chris stuck around for us to capture some more images of them as husband and wife.  We remember those moments at our wedding too.  The weight of a new ring on your finger, the feeling of excitement as you look into the eyes of your new spouse, and the anxiousness knowing that just a few steps away, your closest family and friends are sitting in a barn waiting to greet and celebrate the new Mr. and Mrs.  As we finished up portraits, we watched as Meredith reached back to clasp the hand of her now husband, and with confidence, Chris stepped forward, squeezed her back, and began to walk into a brand new journey with his beautiful bride.  This moment shaped us. 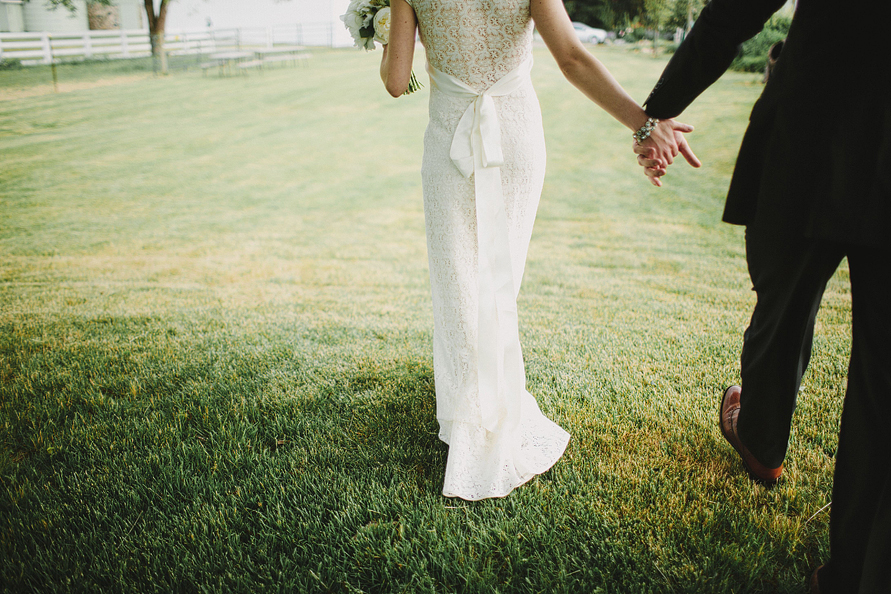 We don’t have a lot of words for this moment.  But when you experience love between two people overflow in a single moment, it literally takes your breath away.  Ray and Kristy’s love shaped us. 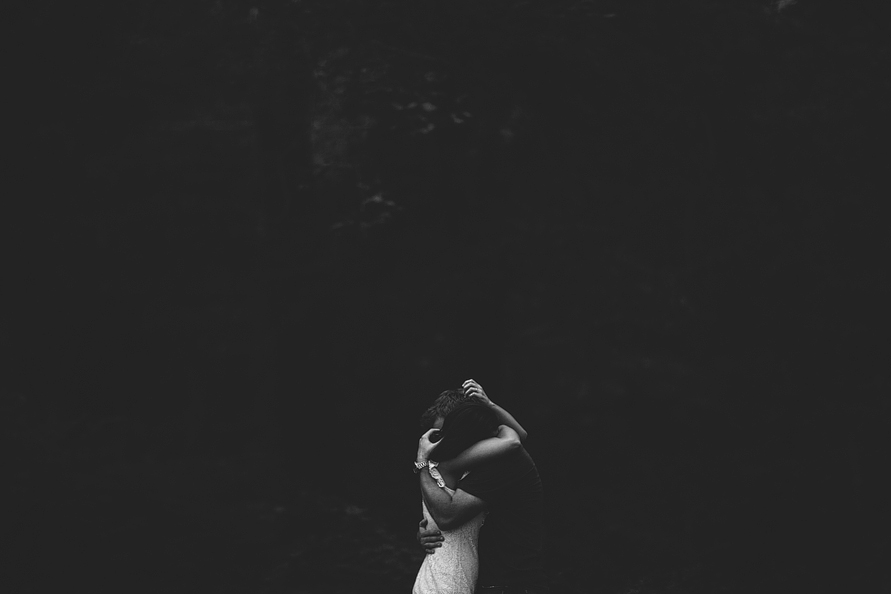 In the months leading up to her wedding, Lin’s biological father, who lived in the Puerto Rico, was and robbed of the money he was saving to travel to her wedding, and then murdered. It broke our hearts hearing this story, but what we were able to witness because of this tragedy, was nothing short of amazing.  We were able to see Lin’s fiancé, Jess, comfort, embrace, and take his new role as her husband.  We watched their families celebrate the beginning of something new. And through out the entire wedding day, we kept a close eye on Lin’s Mom… we watched the proud smiles, the thankful tears, and the desire to be part of such a beautiful and perfect day in her daughter’s life, never taking a single moment for granted. This moment, when Lin’s mother slowly and intentionally clasped the pearls around her wrist, shaped us. 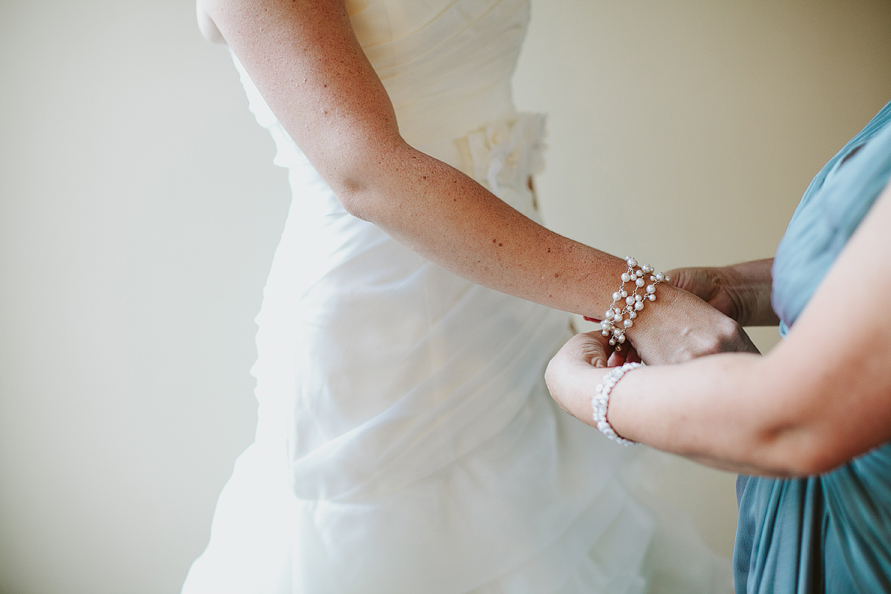